MOCKTALE: Dhoom 3: The joker who owned a "Transformer" bike!!!

Okay folks, I have been a little too busy with the book reviews and I could sense the boring ambience at my blog. So here it is again. DHOOM 3 Mocktailified!!! 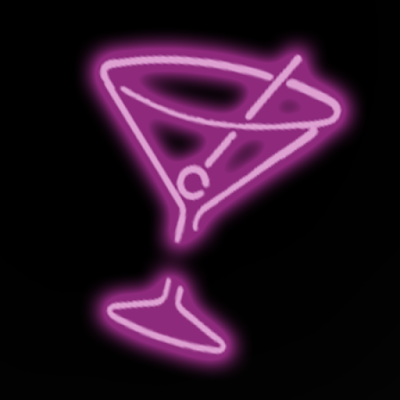 What made me watch this movie?
I am a huge fan of John and since the earlier parts of Dhoom created much of a stir among the audience, I could not resist myself from watching this part. Although in my subconscious mind I knew that Amir would not be able to do justice with the lead role, yet I wanted to see it before forming any opinions.

Well, the three hours didn’t go very well and I came out from the theatre like a bear with a sore head. Here is the list of events/ situations/ instances that push this movie into the category of stupidity, rather than certifying it to be a classic of Dhoom Series.

**PS: Pre warning for all those who love Aamir and loved this movie: Please do not read further.

1.   Our Mr. Perfectionist is known for the kind of movies he does, right? So here the directors probably mixed the scripts from “The Dark knight” and “Prestige” and the result was- a clown (the joker) and some magical tricks!

2.   But it is a Dhoom movie, so how can the directors skip out the major element? So, yet again the directors had to ponder for a long time and bring in something from “Transformers” and “Fast and Furious”. And the result was? Yeah, bikes!

3.   But probably Aamir wanted more. And that’s where the real stuff comes in! The bike transforms into a boat, then into a submarine and then again into a boat and then eventually into a bike! Seriously?

4.   What weight does Katrina’s role hold? All she did in the movie was to perform a family-friendly item song (rather striptease), dance in the air with ropes (Tarzan style), fall in love with the twin brother, chew gum, and do everything else apart from acting!

5.   Yet again Abhishek Bachchan is shown lame. His “police” skills are so old fashioned that even the thief gets frustrated and tells him the place and time of the robbery. And guess what- Abhishek still fails!

6.   Coming back to the beginning of the movie, when Aamir robs the bank he goes to the building top and then jumps off. Why the hell is there money in the air? Didn’t he ensure that the zip of his bag was working fine?

7.   What was the reason for robbing the bank? The answer: My father took a loan from the bank. The bank asked to pay back, but my father died. So? So I will take revenge and close the bank. (WTF!!!)

8.   Seriously? Chicago police thinks that Mumbai police is better at solving cases, that too when the track record of Abhishek Bachchan is so good!! (sarcastic!!)

12.                     Even though Abhishek knows about Aamir’s twin brother, the bullet mark and the culprit behind the bank robbery, he prefers to catch the thief red-handed. Now I understand the real importance of the “Chase sequence”.

There is more to this movie than you can expect. Not only in the major scenes, but the direction has failed because of some silly mistakes as well. For an instance, in the last scene, probably one of the shooters peed in their pants and that’s why decided to wear Pyjamas instead. In another scene where Uday Chopra is shown driving his bike, wearing Aviators, the sunglasses change in the very next scene. Last but not the least, in the last scene when “Bada” Aamir is holding the hand of “Chota” Aamir, the former is holding the latter’s right hand with his left hand. But just after that scene when both of them are shown falling, the former’s left hand is in the right hand of the latter. Confused, eh? Probably this picture would clear the confusion. 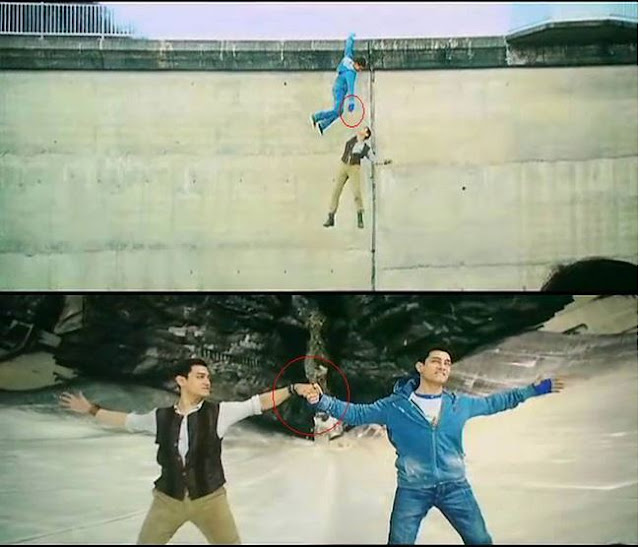 
In short, this movie was a complete failure- not only in terms of good plot but also acting.
Posted by Unknown at Monday, September 14, 2015