Different people, in good faith, can look at the same fact and interpret it differently. But that's where an interesting conversation begins.
~Eric Schlosser 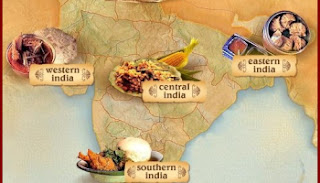 The Indian mentality of comparing and constantly trying to put down the other is something everyone is aware of. In the whirlpool of several issues, one clichéd issue that probably becomes a part of every person at some point in their life is the difference between a North Indian and a South Indian. Now that I have lived in Bangalore for 2 years, I can safely list the prominent differences (the logical ones) between the two:

1.   The obdurate cultural beliefs
One things I have realized in these two years is that the South Indians are true to their values and culture. Come what may, they abide by it strictly. Be it the traditional Ellu bella, Puran Poli or the traditional rangoli- Kolam, they do not take it lightly. Unlike them, the North Indians are more like footloose and fancy free.

2.   Fluent-English speaking skills
South Indians speak plenty of languages like Kannada, Tamil or Telugu but their ability to speak English with utmost fluency is commendable. The strictness in all the schools regarding speaking in English is something the North Indian schools cannot compete with. 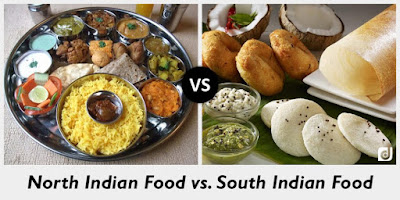 The lack of variety in food

The food offered in South India is all about three basic staple items- Dosa, Sambhar and Idli/ Vada. The variety that we get in North India or rather the kind of dishes offered by North India is nowhere comparable. The use of grated coconut in anything and everything might come as a turn-off for the NIs.

5.   Politics
This might not be a difference in terms of the severity of the issue. Both North Indians and South Indians are hardcore politicians. Where in North India we have fewer opportunities, less money, and more corruption, the scene is similar here is South. Here, too, people fight for rights through riots, they opt for ‘Bandhs’ to pressurize the government to accept their demands.

6.   Open- mindedness
I believe that South Indians are more open-minded but that comes as a contradiction to their stubborn cultural beliefs. Where on one hand they believe in following all the rituals and traditions, on the other hand they do not have a problem with the concept of ‘moving in together’. With time, even North Indians have started to become more acceptable, yet it will take a lot of time for the idea to be accepted completely.

7.   The language
Yes, North Indians are crude in their mannerisms. They are rude, they are selfish and they don’t care how they speak to the person on the other side. South Indians are humble people. They are not only helpful but also kind.

8.   The language barrier
Even though South Indians are polite, they do not like if they come across a person who does not speak the same language. When talking to a South Indian, it is a difficult task to make them understand what one is asking/ explaining.

All said and done, all people are good. The differences should help us eliminate our negativities and incorporate the positive changes (too philosophical, eh?).

That is all for now.
Ciao!