KBC: Knowing the Tricks of the Trade! 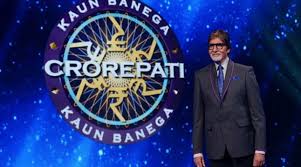 Who doesn’t know about this show? Most of us have grown up watching this show like it was some tonic that aided in becoming more intelligent. We have even learnt Mr Bachchan’s lines with such prowess that we can say them out loud without looking into a piece of paper.

Owing to my keen observation skills, I have made these five observations about this show:

1.   The subtle hint of answers 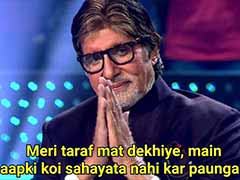 Every time a contestant decides to go with the wrong answer, the host tries his level best to drop subtle hints so that the latter changes his/her mind.

If you haven’t noticed this yet, you need to sit tight and observe. Amitabh doesn’t lock the wrong answer so easily. He nags the contestant to think twice or opt for a lifeline. 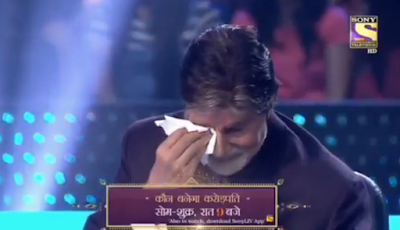 Unlike the older version (s) of KBC, the new season focuses more on the personal lives of the contestant. Here the motive is to draw a parallel with their struggles and prove to the audience that the contestants are worth every penny they earn in the show.

3.   Low-quality content (FFF)
If I am not wrong then the questions given earlier as a part of Fastest Finger First were not only mind-boggling but also substantial. In the present season, not only the quality of the questions but the number of participants has also decreased.

4.   Inappropriate use of Technology 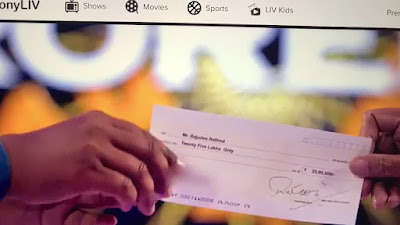 I am guessing that most of you would have noticed how Amitabh first hands over a cheque and then transfers the amount digitally through the Axis Bank Portal. I do not understand this concept of dual money transfer system.


Over the years I have also noticed that people prefer following the blind alleyway and for them the change is unacceptable. Looking forward to KBC hosted by Mr Bachchan has become a norm. Remember the time when Shahrukh became the host? People were not only diffident but also sceptical in accepting him as the show host. 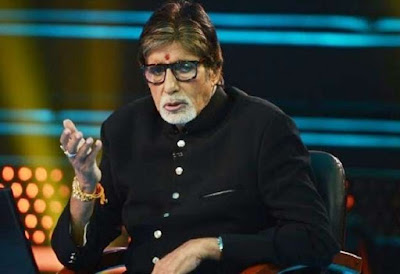 I recently watched the episode of KBC in which a young lady had won the FFF round. Her exaltation was that of a different level; she was one of the biggest fans of Amitabh. The way the latter embarrassed her on-stage was contemptible. On the contrary, if Amitabh comes across a contestant who gives a cold shoulder, he doesn’t leave any stone unturned to make a sarcastic comment.

Whenever any celebrity comes to the show, the question bank fishes out questions that are related to their field. Competing in the second phase of KBC seems like a cake walk.

All said and done, KBC will always be one of the most liked shows.

If you all have made other interesting observations, do share in the comment section.
Posted by AliveShadow at Monday, November 06, 2017

Email ThisBlogThis!Share to TwitterShare to FacebookShare to Pinterest
Labels: Pensamientos (Random), What's in!!