“We read to know we're not alone.”
― William Nicholson, Shadowlands

The reading scenario in India is vivid. The population comprises of people who are voracious readers or people who occasionally read to pass the time. Overall, the count of readers is big. But language, here, play a dominant role. Hindi, being the mother tongue of India, is the preferred language. However, due to the soaring culture of bilingual abilities, there is a class of people, who cherry picks the best English best sellers and drowns themselves in the world of literature. 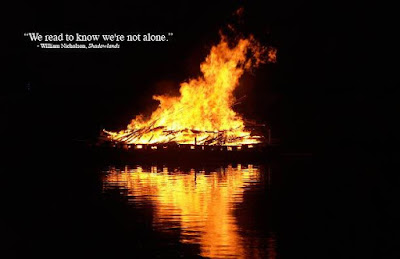 There are different strokes for different folks and thus, the Indian literature is diversified, comprising of various genres ranging from fiction to non-fiction to Sci-fi to horror, and many more. There are numerous libraries and bookstores that provide a lavish collection of books to select from. The news of the release of any new book spreads like a wildfire. And the most read works belong to the authors like Paulo Coelho, Dan Brown, Cecelia Ahern, Nicholas Sparks and others.
I personally feel that the urge to read books began with the conversion of the book into a movie. For an instance, while most of the young people already knew about the Harry Potter series by Rowling, there was still a category of people who did not know anything about the books. But after watching the first part, the information probably passed on through the word of mouth and people became eager to buy and read all the books.
None-the-less Indians have not restricted themselves to reading only. Several Indian authors have come up roses and have established themselves in the Publishing Industry. There are numerous publication houses now. This success is a result of past efforts which actually began post-independence when the government decided to boycott the outlanders and allow the foreign companies to stay with not more than 49%. This paved path for the Indian authors and there was confident growth for the Indian books. The next big breakthrough was during the 1960s when NCERT entered the world of publication with their debutant textbooks. They snatched the lucrative business from the hands of private publication houses and established itself as the most benefitted government publishing house. This, indeed, marked the beginning of the setting up of the longshots like Kali, penguin, Tulika, Tara, and many more. These publication houses provided for the general readers.


But there is always a second side of the coin too. Where the publication industry is achieving great heights, in terms of numerous publication houses emerging, the Indian market is still the largest market that imports English books, leaving a very tiny space for the publishers within the country.
Posted by Unknown at Thursday, July 30, 2015

Email ThisBlogThis!Share to TwitterShare to FacebookShare to Pinterest
Labels: My Thoughts, Pensamientos (Random)