Blind to Social evils. Aren't we?

It is rightly said, “Our notions about happiness entrap us. We forget that they are just ideas. Our idea of happiness can prevent us from actually being happy. We fail to see the opportunity for joy that is right in front of us when we are caught in a belief that happiness should take a particular form”.
The world is an illusion. From the day we are born, we are conditioned. We are sent to schools to be taught quietness, numbness and how to be neutral. The media desensitizes us to the sufferings of the fellow beings and the system slowly isolates us from the rest until somehow, at some point of time we feel it normal to be alone, on a planet with 6 billion other people on it. We work day and night, burning the midnight oil, toiling hard to earn rewards that are just around the corner or just up the next step. Everything is tomorrow but gradually we realize that tomorrow never comes. 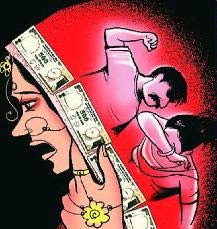 Then a day comes when we realize that we have not lived enough, but it is too late for that. There is always something missing and no matter how much we have worked, partied or paid, we cannot disguise it.
Uncanny, confounding and appalling it is, to know what lies behind the façade. Life has become so complicated. Everybody is in hurry but nobody reaches in time. The actors who portray the role of a live personality earn more money as compared to the money earned by the actual person. For an instance, Priyanka Chopra earned more money than Mary Kom herself. Benedict Cumberbatch earned so much more than Alan Turing himself. And there are so many more examples. Some logics are really irrelevant- It is advised not to talk to strangers but marrying one is considered perfect. The people who fight over Gita or Quran, most of them haven't read any of them. People are more enthusiastic and free willing to spend on their daughter’s wedding than to spend on her education. The shoes we wear are sold in an air conditioned room but the vegetables that we eat are sold on the footpath. We live in a country where seeing a policeman makes our blood run cold rather than feeling safe in his presence. 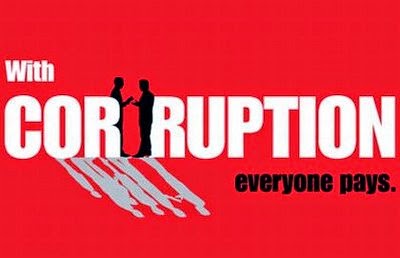 In an IAS exam, the person who scores highest, writes brilliantly and tops the exam by writing an essay on how corruption is a social evil, is the same person, who after one year of selection, demands bribe of 1 crore just because he has the batch of an IAS officer. We are known as the “shy people”, and still we are 121 crore in number. The funniest thing is that most of us are bothered about the screen guard on our phone screens, even though most of the new phones come with unbreakable Gorilla glass, but we are least bothered to wear a helmet during driving, for it affects the beauty and charm. Our society teaches us, “Not get raped”, instead of “Don’t Rape”. The people belonging to the reserved categories get more than the ones who actually deserve. The modern mentally has made “asking for dowry” look shallow, but the presumption that the prospective husband earns in figures of 6-7, is perfectly alright. A porn star is accepted as a celebrity in the society, but a rape victim is not even accepted as a normal human being.

In the rat race of life, we have forgotten what happiness truly is. Happiness does not depend on what you have or who you are. But it solely relies on what you think. The society runs on the conventional theories of classical conditioning (By Skinner and Thorndike), where the environment conditions our behavior and we follow what impresses others. But in the midst of all this, we have lost our freedom, the freedom to express, freedom to be ourselves, freedom to take a stand. We don’t realize, but most of the time we are engaging ourselves in forced conversations, forced friendships and forced interactions. These pressures have created a home that is “ball and chain”. The illogical mentality and lack of vivid thinking is the bane of our lives.


It is time. Time to open our eyes and realize our self worth. To strive for what we feel is right. To deal with the can of worms and emerge out victorious, for it is rightly said, “If you do not fit in, you are on the right track”. We blame the society but why haven’t we realized it yet that we are the society. It is time to throw caution to the wind and let the bad things destroy you, define you or strengthen you.
Posted by Unknown at Monday, March 02, 2015